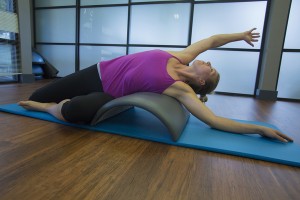 The Pilates approach to exercise is unique and different than you have ever experienced before. It is not only a series of exercises; it is a pathway to healthier and happier living.

Pilates exercises are designed to develop longer, leaner muscles, establish core strength and stability, and connect your mind and body. They can be tailored to any level of health and fitness; for someone in rehabilitation to the elite athlete. The efficient movement patterns that are taught help keep joints healthy. The focused breathing increases lung capacity and circulation. The exercises encourage awareness and control over your body. You will improve your strength, balance, flexibility, coordination, posture, and mental focus. When practiced faithfully, these mindful exercises will change the way you move, feel, and look for the rest of your life. 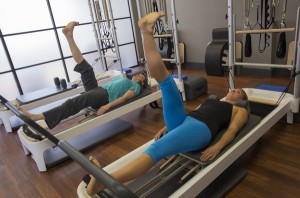 Joseph H Pilates was born in 1883 in Germany. He was a sickly child and dedicated his life to improving his physical strength. This included studying anatomy, yoga, gymnastics, martial arts, and ancient Greek and Roman exercise regimes. He became an accomplished bodybuilder, skier, and boxer, and was a self-defense instructor and circus performer, among other things.

Joseph Pilates was living in England at the start of World War I when he was placed under forced internment around 1914. There he taught fellow camp members wrestling and self-defense, and developed the method of original exercises known today as matwork, or exercises done on the floor. A few years later he became a caretaker to internees with diseases and physical injuries from the war. Here he began developing equipment to rehabilitate his patients, taking springs from the beds and rigging them to create spring resistance and aid in movement for the bedridden. This formed the beginning of his equipment work, which over time would become the Reformer. He called his exercise regimen “Contrology”, using the mind to control the muscles.

Around 1925, Pilates migrated to the United States, and with his wife Clara founded a studio in New York City to teach his method of training and rehabilitation. They soon established a devoted following in the local dance and the performing arts community, and later by the wealthy society women. In his life Pilates authored two books and was an inventor with over 26 patents.

“A few well-designed movements, properly performed in a balanced sequence, are worth hours of doing sloppy calisthenics or forced contortion.” – Joseph Pilates

I have been going to Soma Pilates for about 3 years now.  I love the Reformer workouts and have never been in better shape both in mind and body!! ~ Melissa
425-869-0121
info@somapilatesredmond.com
16141 Cleveland St. Suite C.
Redmond, WA 98052
Connect with us on Facebook!